The long road to China 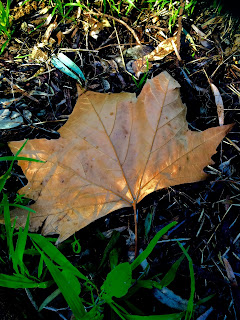 A long time ago, in what actually feels like another life time ago there was a man. A man who at one point I did believe that I love very much. My entire world was turned upside down from the very moment I first met him. Even to this day thoughts of him rush through my mind at a disturbingly frequent level.

On the odd occasion over the years I have written about him. I generally feel rather guilty about it though because of my love for Mr Awesome.

I always feel guilty acknowledging my love of other men, even though it was before Mr Awesome and I, were what we are. I think that stems from the fact that I even to this day I can clearly remember the first time I met Mr A. I was only a girl of twelve years but there was a stirring in my chest like nothing I had ever felt before. I knew then and there that I loved him and wanted to marry him.

The day that I realised it would not happen the way I had envisaged was both heart breaking and gut wrenching. I remember having a shower and just moaning in tears and pain as the hot water washed over my skin. It was the most sad and dramatic time of my fifteen years of life. But at least it gave me permission to set off and explore the options with other boys and then men.

But I am digressing.

Back to the man. The Mechanic, I think I will call him. Though really when I met him he was The Mobile Phone Man. But again I am digressing, which normally would not bother me but I have already been sitting here for far longer than I intended to. Which wouldn't matter if it weren't for the facts I my stomach growling is almost beyond ignoring, as is my need to wee, and the stupid beeping washing machine reminding me I really need to get the sheets out before it rains...

Oh that's right, my point about this man that I once loved to proclaimed to know me inside out and who I do believe loved me in a way unlike no one ever has.

He told me that while he couldn't understand why there was no denying that if there was a long and hard way to do something I would undoubtedly do it that way. The long road to China.

As I get older (and hopefully wiser) I can't help but think there may actually have been some, or perhaps even a lot, of truth behind his words. Today was a prime example of that.

Because the washing basket is sitting on the couch full of socks and knickers waiting to be distributed to appropriate rooms and drawers I thought that I would take a few items out to the line at a time. Traipsing through the the entire house from the laundry to the clothes line on numerous occasions also had the added benefit of increasing my step count to help ensure I remain on the top of my Fitbit step count challenge.

All seems like not a bad idea at first doesn't it?

Only I also thought it would be a great idea to put the washing line up extra high so I could stretch as I put it up.

After about the tenth trip back from the machine that appeared to have a never ending fill of clothes and then standing on my tippie toes to hang it out I couldn't help but wonder why would I make all of this so hard on myself. No wonder I never want to do the washing if I am just going to make it harder than it needs to be.

So now my thoughts are filled with why? Why do I seem to make things harder than that need to? And how can I change this?
Posted by Rhianna at 13:07:00

Email ThisBlogThis!Share to TwitterShare to FacebookShare to Pinterest
Labels: 2016, inside me, random thoughts

Hi! I'm Rhianna and these are my Rambles.
Because apparently just one little internet space is not enough you can also find me over at A Parenting Life and Rhianna Writes. In my head they are meant to be a more professional version of what I can do. Here at Rambles I am incredibly laid back and relaxed and in no way caught up in the normal rules that I try to apply when I write.
Anyway, thanks very much for dropping by I hope in every way you have a magical day and enjoy a few of my tales along the way.